Advertiser Disclosure: We strive to help you make confident insurance decisions. Comparison shopping should be easy. We partner with top insurance providers. This doesn't influence our content. Our opinions are our own. 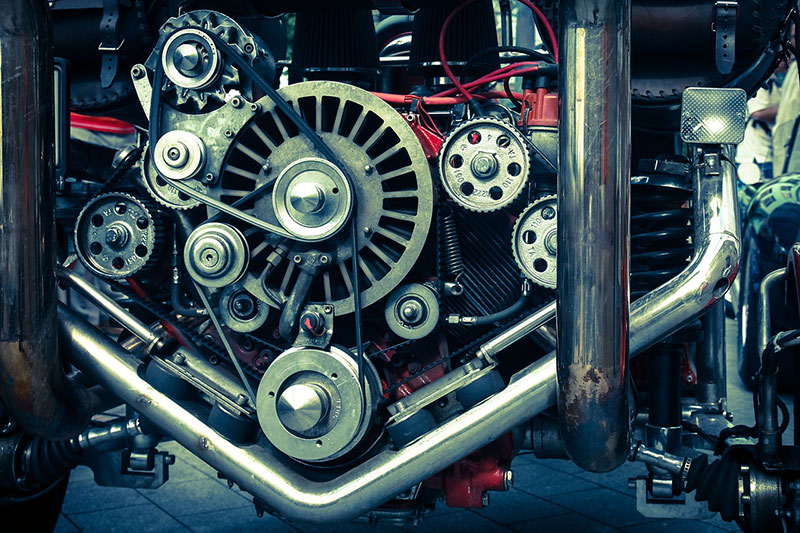 The wheel and axle can be found in cars, obviously working to make the body of the car propel forward or backward. Rice University states that the wheel and axle have a short movement of the wheel with a more powerful movement at the axle. A steering wheel relies on the work of the wheels and axles in a car. The size of the steering wheel and whether or not there is power steering can affect the force needed to control the wheels and axles in a car.

For a lesson plan using wheels and axles, have a look at The Ohio State University's GK-12 Program.

Appalachian State University has a great explanation about levers and how they work. Teach Engineering also has some information at Levers that lift.

The University of Houston describes a pulley as a simple machine made with a wheel and rope.  A rope will fit in the groves of a wheel. If you attach a heavy load to one side of the rope and pull with the other, it becomes easier to move as the rope moves the wheel. Pulleys are most useful when moving heavy loads. Pulleys are used in sailboat ropes, window blinds, and more.

Whether you knew or not, a screw is a simple machine. Science Encyclopedia defines a screw as an inclined plane that has been wrapped around a central axis. Screws have several jobs including to hold things together and to apply force to other objects. When screws are applying force, some examples would be a vice, a corkscrew, or a press. You can also make your own screw by rolling up a piece of paper and wrapping it around a pencil. You can find screws on lightbulbs, faucet parts, and bottle caps. Screws can also be found in cars as they hold parts together in all places inside them.

The Archimedes screw, invented in 250 BC, helps irrigate water or move grain and other liquids from one place to another. This simple machine is still used today in some parts of the world.

For more information, go to:

An inclined plane is a simple machine that helps us to raise an object with less effort than to lift it upwards. An example of an inclined plane would be a ramp leading up to a moving truck or the slides at a park, according to Astrophysics Science Project Integrating Research and Education.

For more information about inclined planes, go to:

A wedge is a triangular object which is placed between two objects to hold them in place or to move one relative to the other, as explained by the University of Nebraska. Examples of wedges are door stoppers, an axe to split wood, or a can opener.

An article at the Wilson School District website says wedges are used to magnify force. The oldest human tool is a chisel, which is a type of wedge. A wedge is used to move one object into another.

Resources for Parents and Teachers

If you would like to teach your children or students about simple machines, and how numerous simple machines together create compound machines, please have a look at the resources below for fun and interesting lesson plans:

WKAR Public Media from Michigan State University has some great information at Wheels and axles.

National Agriculture in the Classroom talks about simple machines at Six kinds do it all.